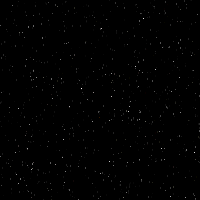 Jean-Luc Picard was a Human Starfleet officer who commanded the USS Stargazer in the 2350s, and the USS Enterprise-E in the 2380s.

Jean-Luc first served aboard the Stargazer under Captain Harry, but he was placed in command after an incident with the Klingons. Twenty-six years later, he commanded the Enterprise-E. The Enterprise was tasked with tracking down a secret society called The X which wanted to destroy the Federation. After the Enterprise had several skirmishes with a Klingon vessel called the IKS Pak'tu, in the end destroying it, the leader of The X was forced to move early in his plan, calling on a Starfleet admiral who served him.

Jean-Luc considered many of his staff to be close friends. Shortly after recruiting John Benson to replace his former first officer, Will Riker, he began calling John "number one," a nickname he had used for Will. Jean-Luc also had a flirtatious relationship with his chief medical officer, Beverly Crusher.

(edited by CaptFredricks)
Jean-Luc Picard (Alternate timelines)
No replies yet. Be the first!

What do you think?